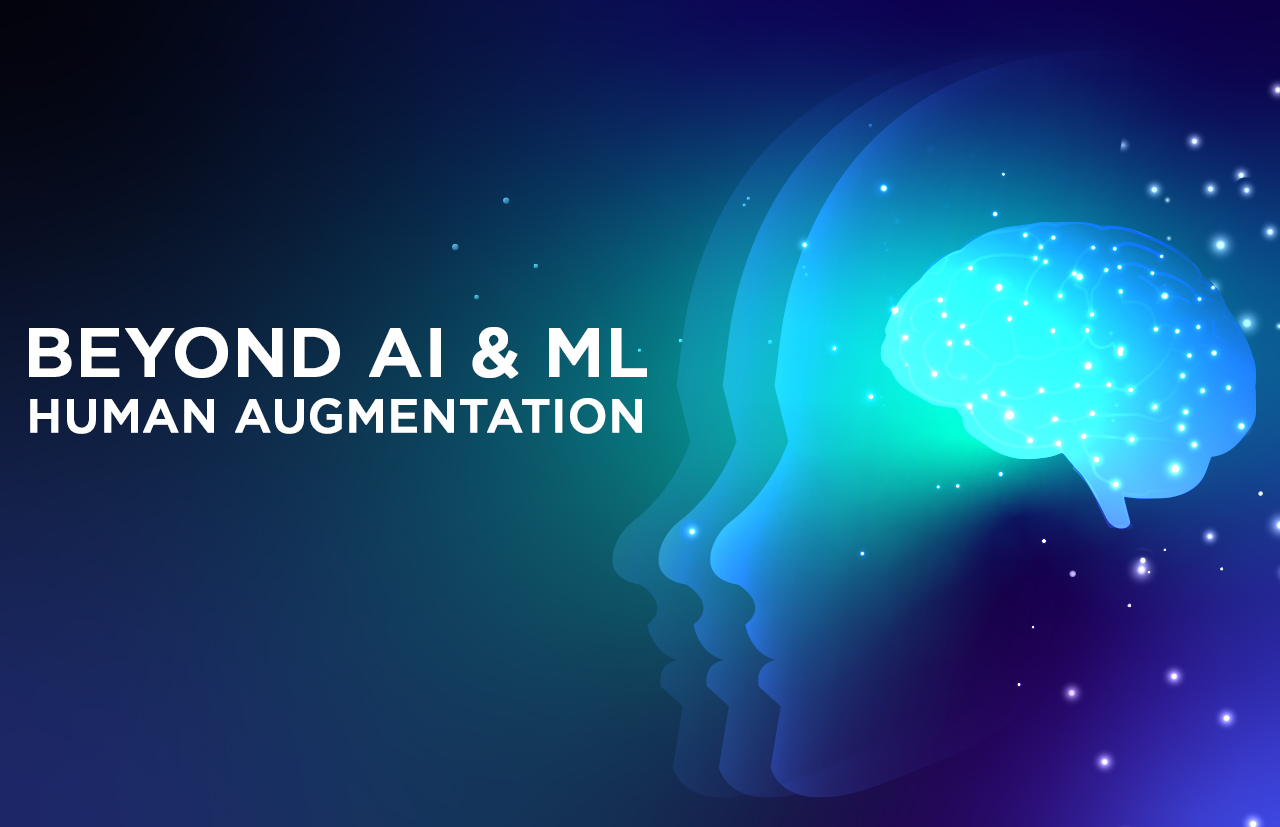 Human Augmentation refers to technologies or inventions that will enhance human skills or abilities so that can easily perform certain tasks which they can’t perform under normal circumstances. One of the simplest example of human augmentation is augmented reality (AR). If you wear eyeglasses with AR capabilities it can see what you see and provide you a vision based analysis and can even trigger automated action.

Then you have Nanobots, which are minute robots that are programmed to perform some complex tasks at the molecular level. They have the potential to disrupt the current healthcare system by radically changing the way patients are treated today and have the potential to put doctors out of their jobs.  There are numerous other examples of human augmentation such as exoskeletons which are robotic arms that can make humans lift loads which they can’t otherwise or Brain Machine Interfacing or BMI which allows human brains to directly interact with various devices. This technology is a disruptor as it has the potential to undermine people’s privacy and can be easily misused by criminal elements.

But on the positive side, human augmentation technologies can substantially add to human potential and can transform the workplace as we know it and facilitate human-robot collaboration for greater precision and efficiencies.

Today, AI and ML are gaining currency in enterprises. They are also deploying technologies like Natural Language Processing or NLP in automating a host of functions in the areas of customer support, production/manufacturing, supply chain optimization and various back office tasks that involve repetitive tasks.  Most are apprehensive that these technologies will take away various jobs that are currently being done by humans. This is despite many enterprises saying that they will redeploy their manpower in better positions that do not require them to focus on repetitive jobs.

According to various experts, while technologies like AI and ML will automate most functions, we’ll still need competent humans to supervise these systems. According to a 2018 report by consulting firm PWC, deployment of AI in UK will create as many jobs as they destroyed.

While ML systems can make sense out of vast amounts of data much faster than humans can, they are not fully reliable. Experts believe that however smart these systems become there is still a need to check the results they produce. While we can rely on the decisions made for us by AI on things not so important such as comparative online shopping, taking more important decisions will require human expertise.

AI can also be used to considerably enhance human capabilities and skills. Future workforces can be a man-machine combo where humans will be able to work with robots to take decisions and execute complex tasks. This is why human augmentation goes beyond what we believe is the future. However reskilling workers is a massive task as it will take both time and money. Raconteur lists a whole lot of new jobs that human augmentation can create such as Data Ethicist to solve ethical dilemmas involved in autonomous cars, Robotics trainer to train AI systems, and technology convergence technician who helps out when AI and ML converge with other technologies like 3D printing, IoT and analytics.  Indeed there is immense potential for human augmentation technologies to be deployed in the coming years.